The importance of integration in security systems today cannot be overstated. As technology has improved beyond not just allowing integration but encouraging it, integration has become a fundamental tenet of a successful security solution. Two systems that are naturally predisposed to integration and can benefit greatly from it are access control systems and video security. Separate they are both equally important, but together they “provide benefits that are far greater than the sum of each system’s capabilities.” In this week’s blog we’ll discuss the current state of integration between access control and video surveillance systems.

When these two systems are integrated, one has to serve as the backbone of the system as a whole. Naturally the roles of both systems are equally important, but when left to equal footing, problems can arise with conflicting commands, one system attempting to override the other, etc. Using one as the dominant system allows for a smoother interface and ease of use.

So which system should serve as the backbone of the unified whole? Good arguments can be made on both sides, but access control systems have a slight edge with their emphasis on “immediacy and responsiveness.” Think of it in the following terms. Access control systems are predicated on real-time interaction with users, while video surveillance systems, while they record and can be monitored in real-time, are often used for post analysis of events to paint a more detailed and complete picture.

With the access control system at the helm, the need for speed is at the forefront of the unified system. “The real-time need to deal with activity and alarms is critical to the security stature of any enterprise, and access control systems excel at pulling information together from multiple sources and presenting it to an operator for immediate response.”

Integration is certainly a popular buzzword in the industry today, which means many manufacturers are picking up on it even if it is not one of their primary objectives. Systems may claim to have the ability to integrate, but don’t take their word for it. The best method of ensuring a manufacturer has a vested interest in integration is to take a look at their track record. What is the history of their systems as far as successful integration is concerned? If they have a good track record of not only producing systems that integrate, but maintaining this interoperability with firmware and software updates, their devices are more likely to provide successful integration. 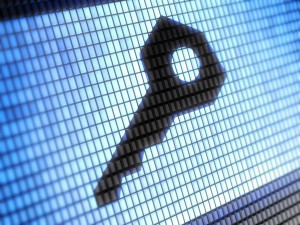