Despite the increased attention that has been paid to airport security in the wake of 9/11, many airport perimeters are surprisingly vulnerable to security breaches. While advanced TSA screening measures have helped to ensure that passengers will ill intentions are not able to enter airport terminals, surprisingly little has been done at many airports to secure their vast perimeters. Given the huge footprint of most commercial airports and the dated technology on which their security systems often rely, there are many major security lapses in airports around the country. Luckily, networked video surveillance offers the perfect security solution. Learn more about how video surveillance can be used to protect airport perimeters in today’s blog, below. 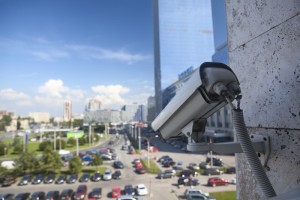 Networked video surveillance is the best way to prevent security breaches in the first place.

There have been many examples of airport perimeter security breaches in the years since 9/11. A study by the Associated Press found that, since the year 2004, there have been more than 260 security breaches in 31 commercial airports throughout the country. The TSA compiled further data that showed over 1,300 breaches at 450 airports between 2001-2011. Clearly, perimeter security is something that more major airports need to invest in. Cloud-hosted video surveillance offers a cost-effective way to manage the extensive perimeters that most airports occupy.

By utilizing networked video surveillance technology, security managers can track the movement of any activity which occurs at their facility and can verify intrusions with image validation. Video surveillance offers the opportunity to detect the threat of intrusion before an incident occurs, effectively preventing most threats. Thermal-imaging cameras can provide the added benefit of automated notification solutions which use video analytics software and advanced hardware that allow for improved response time and real-time awareness. Bringing airport perimeter security into the 21st century is a necessity for ensuring the safety of passengers, crew, and employees alike.