Everything You Wanted To Know About Airport Security And Screening 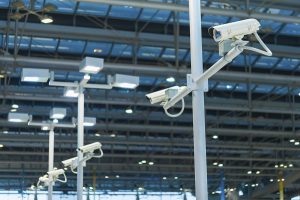 Securing airports has become a priority all over the world.

After the horrific attacks of September 11th, airports around the world saw a dramatic increase in security measures being enforced. In fact, travelers were often found complaining about the long lines and more obtrusive security measures being conducted. With the airline industry continuing to rise throughout the years, there has been a large demand for airports to create more streamlined security approaches. As a result, there are some airports where you can pay a significant amount of money to bypass the crowds. More often than not, these luxurious preferences and accommodations are typically relegated to the superstars of the world.

A Huge Shift In Security Measures After 9/11

Once those attacks occurred on that fateful day of September 11, 2001, airport security has never been the same. In fact, prior to 9/11 airport security was a much more casual scenario than it is now. During the terrorist attacks of 9/11 security breaches were conducted by the terrorists which showed the world the importance of stricter security measures around the world. After the attacks, many airports understood that airport security needed to be overhauled immediately.

There were a number of changes that occurred as a direct result of 9/11. In fact, airport employees were required to undergo stricter training for updated security measures. Before the 9/11 attacks, airports consistently missed dangerous weapons such as guns and knives. However, with the stricter security measures in place, more and  more harmful items were being seized by TSA agents. These harsher security procedures provided extra security and protection for aircraft and innocent passengers. Airports decided to focus on more vulnerable areas such as lobbies to create a safer airport environment than was previously in place.

How The Wealthy And Famous Bypass Security

With aviation becoming more affordable, everyone is able to travel through the skies as opposed to the old Hollywood era when plane travel was relegated to the rich and famous only. This mode of travel has now become the norm. As a result, movie stars and other wealthy individuals desire to bypass the seldom annoying task of going through security screens and standing in lines for hours on end. However, with airports catering to these individuals, the skies are possibly less safe and secure.

Categories: Public Safety Network | Tags: airport security, airports, and life safety
This entry was posted on Wednesday, May 10th, 2017 at 12:58 pm. Both comments and pings are currently closed.