The Ripples of the Success of Megapixels

High-end network video recorders (NVR) are in high demand due to the need to store more footage for a longer period of time. The dramatic improvements in the footage quality of megapixel cameras over traditional closed circuit cameras has resulted in a fundamental shift in the approach to storing security footage. Whereas in the past, footage quality was so poor that it was often discarded not long after it was shot, security operations now place a high value on the storage and management of good quality video.

New technology has ushered in new recording practices. These include the use of digital zoom, which can provide high-quality frames at a great distance. The high resolution of megapixel cameras means that often times camera fields of view overlap, in which case they can be stitched together using software to create seamless panoramic views of a viewing area.

The development of megapixel cameras ushered in a new design technique called pixels per inch, also known as pixels on target. This technique allowed manufacturers to calculated and quantify the benefits of megapixel cameras over standard resolution cameras, and has improved consultants’ definitions of system requirements.

Improvements in the quality of security footage have increased operator confidence and shifted the emphasis on operations from live monitoring toward investigation. New software allows operators to find security footage events quickly without having to search through hours of footage. Larger and seamless fields of view made possible by multiple megapixel cameras can provide a holistic picture of an event.

Megapixel cameras provide fewer frames per second at a higher resolution than traditional cameras, which, in conjunction with network video recorders that can select the most important frames over time, reduces requirements for storage space and increases the retention time for stored footage. 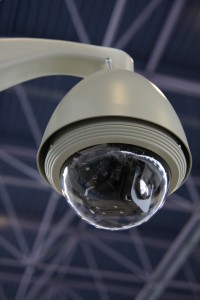 Categories: surveillance cameras | Tags: camera and Megapixel
This entry was posted on Friday, September 20th, 2013 at 9:32 pm. Both comments and pings are currently closed.