The Top 5 Countries Where Cyber Attacks Originate From 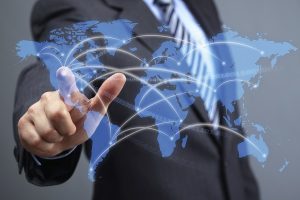 Understanding where cyber attacks come from is easier than you think!

China has a very streamlined cyber attack regime set in place. It seems like many if not most cyber attacks are originating in that country. In fact, China often hacks US governments and their allies for vital governmental data and information. It appears that most Chinese hackers have started centering their attacks on Australia. So much so that there is approximately one cyber attack originating from China every month.

More recently, Turkey has seen an increase in cyber attacks originating from their country. In fact, they have been one of the countries with the most severe increase in developing unique cyber attacks to gain confidential information.

Due to the recent hacking at the Rio Olympics, Brazil has initiated its fair share of cyber attacks. In fact, estimates point to Brazil as having some of the highest amounts of cyber attack traffic in all of South America. Due to the cashless nature of their economy, it seems like Brazil has a rising number of cyber criminals.

Most traffic regarding global cyber attacks is generated from Russia. In fact, some of the best hackers are based in Russia. These hackers have an immense ability to hack some of the most secure systems in the world.

Categories: Cybersecurity | Tags: cyber attacks and cyber criminals
This entry was posted on Thursday, March 16th, 2017 at 8:36 am. Both comments and pings are currently closed.