As mobile devices become increasingly ubiquitous, their use for security purposes has proliferated as well. Advances in technology have allowed capabilities that were once only the stuff of trade show demonstrations and early adopters to come into widespread usage. However, with this new popularity comes new usability issues that need to be solved in order to seamlessly integrate mobile devices with existing security technology.

App technology has several benefits including the popularity and ease of use of most mobile apps. However, it runs into scalability problems when several people are using the app at the same time to access the same footage from the recorder. For every person that requests live video using a mobile app, the recorder has to transcode the video to a mobile-friendly format such as Motion JPEG. This uses a lot of processing resources, and too many requests can exceed the capacity of the recorder’s resources, causing it to freeze. The app also requires users to get past the network’s firewall in order to access the recorder, which requires even more resources, and could compromise the network’s security.

Cloud technology solves these issues by sending video from the recorder to a cloud. Mobile devices can then access the video from the cloud without overloading the recorder’s resources or having to bypass a network’s firewall. In addition, it doesn’t require an app to be downloaded, only a URL, username and password. The only disadvantage is that video isn’t stored in the cloud. However, because the main goal is to be able to view live feeds of security footage, the cloud-based approach works better for this purpose. 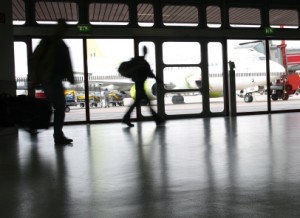