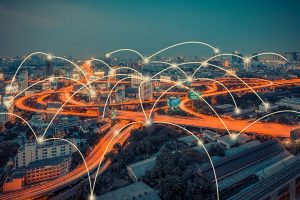 Technology is allowing us to provide more security in the most vulnerable areas.

Just last week, the Transportation Security Administration announced that it has been testing a brand-new screening technology that can ultimately detect suicide vests in highly populated areas. These soft target areas are places like subway stations which often lack official security screening measures. Now, the TSA will be able to partner with local transportation security associations to create a seamless approach to soft target attacks.

So how does this all work? The new explosive screening system detects potential threats by identifying any metallic or non-metallic objects that block the naturally occurring emissions from someone’s body. Right after that, it triggers an alarm is anyone is carrying or wearing a weapon.

Now, security administrators are really vigilant about looking for any alarm triggers. When they notice someone who has turned the bar from green to red, they instantly know that this person requires some more scrutiny with a check to make sure that the person isn’t harboring anything that could facilitate a significant attack.

No Radiation Is Used

The new technology doesn’t rely on radiation to work. In fact, this new technology works to help combat the potential threats in highly populated areas that tend to be soft targets for terror attacks. With the growing number of terror attacks targeted at mass transit systems, the sharp increase has caused officials to really take a hard look at better ways to provide security for innocent people every day. Ironically, this announcement comes just days after a would-be suicide bomber attempted an attack on New York’s Port Authority.

In the end, it ultimately all comes back to technology. Security and technology seem to be intertwined more so now than they ever were before. At it looks like it might just be for the benefit of all. At the end of the day, if there are technologies that can help provide better security measures in places that are targeted more frequently than others then indeed that is a step in the right direction.

Get Security Systems From ARK Systems

Categories: Security Technology | Tags: improve security, security, Technology, and TSA
This entry was posted on Wednesday, December 20th, 2017 at 10:53 am. Both comments and pings are currently closed.