Upgraded Security Features In Our Airports 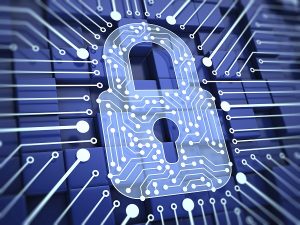 Upgraded security features are increasingly becoming a necessity for airports in the U.S. and worldwide. In fact, Las Vegas’ McCarran International Airport, has invested a lot of money to improve and upgrade their current security measures to make the facility a lot safer. As a result, Other airports around the country can look at the incredible improvements that the McCarran International Airport plans on installing and how they will benefit the security and safety of Americans traveling around the world.

One fantastic feature of the new system is the increased ability to identify suspicious activity. In fact, new cameras will be installed at every single baggage screening area, checkpoint, various parking garages, exit lanes, and other key sectors that are vulnerable to security breaches. As a result, the camera upgrade will actually reduce the number of cameras throughout the facility with the ability to install cameras that can see a 360-degree view of the area needed.

Cameras Are An Important Security Measure In Airports

Improving overall safety is of the utmost importance for airport management. In fact. Airports are known to be highly vulnerable to security breaches even with the heightened Transportation Security Administration measures that have been put in place ever since September 11, 2001.

Everyone who has ever been to an airport knows the difficulty and time that is spent undergoing TSA screening procedures. In fact, because of the all the backlash from visitors, the McCarran International Airport implemented brand-new TSA screening procedures by investing in Automated Screening Lanes. These upgraded features have been shown to speed up the TSA procedures by thirty percent (30%). ASL has the capability of taking pictures of bags before going into the X-ray machine. As a result, TSA officials benefit from seeing the inside of the bag via the picture before the item heads into the X-ray machine.

Get Your Commercial Security Systems From ARK Systems

Categories: Security Trends | Tags: adopt surveillance cameras, airport security, and Increasing Security
This entry was posted on Thursday, September 21st, 2017 at 8:40 am. Both comments and pings are currently closed.